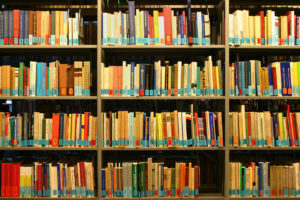 There are hundreds of books for writers out there, and this doesn’t include all the novels, anthologies and so on that you’ll be reading as a matter of course.  My bookshelves are positively groaning with books about writing, some of them, I have to say, way better than others. There are many I’ve returned to again and again.

They generally fall into the following categories:

The best books for writers about the craft of writing tend to be the more structured, I have found, but then, I like things to be practical. Nearly all of these contain exercises and force you to put their lessons into practice with your own work. I used to do a lot of screenwriting, for example, so I happen to have a lot of books about story and structure  – there seems to be a lack of these in fiction writing, which is a shame, but there are definitely one or two I’d recommend. They are suitable for beginners/early-stage writers, but some exercises can be really useful for more experienced writers too, especially those who are aware of their own strengths and weaknesses and need more practice on certain areas of their writing. Their usefulness will depend on what stage the writer is at with their work and the kind of work they are doing. Some of them – like Strunk and White’s Elements of Style are basics which should be on every writer’s bookshelf.

There are some great books for writers out there by well-known names  – Stephen King’s On Writing, for example, is a well-known one; screenwriting guru Robert McKee’s Story, another. I think of these as “guru” books because they are either by a big name or tend to advocate some kind of system in the writing. There are also guru-books which deal more with the process and practice of creativity in general, such as Julia Cameron’s The Artist’s Way. They are not for everyone, but their tips can be useful additions to any writer’s arsenal.

These are not so much about the craft of writing itself but more about the practicalities of getting published. Resources of this kind would include directories and listings of publishers and agents and contacts, for example.

Into The Woods – John Yorke