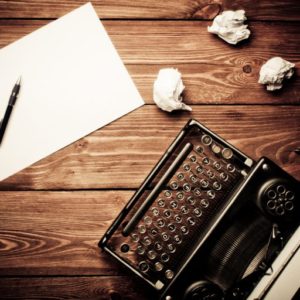 Is what I’ve written any good? Is my story saying anything? One day, I can look at it and think it’s great. The next, I can only see its flaws.

IS it actually a story or is it just a big bunch of pretty words?

I know what I was trying to do here – but will anyone else get it? Is what I intended coming across? And if it isn’t – what on earth is?

I don’t know what I “intended”; it just bubbled up and I wrote it – but is there anything there? Will it mean anything to anyone else?

My mum/sister/mate/partner said they liked (or hated) it but I don’t know if I can trust their opinion.

I want to send this out for publication, but I have no idea what its strengths and weaknesses are. And I don’t know where it might fit.

I HAVE sent this out for competitions and publication, but it’s been coming back with its tail between its legs, time and time again. So I know I’m missing something. What?

I know there’s something not quite working, but I’ve been staring and staring at this, writing and rewriting, and I still don’t know what that “something” is or how I might fix it. I’m too close to it I think. I can’t see the wood for the trees.

If any of this sounds familiar, I’m here to help.

My service here at Feedback For Writers

I offer detailed, analytical feedback in the form of Reader’s Reports, with the emphasis on story development. I look at the overall story and how well it is working, as well as giving in-depth analysis of the strengths and weaknesses of key story elements such as premise and theme, characterisation, structure, dialogue, language and style.  I do not provide a copyediting or proofreading service.

My critiques are tailored to your stated needs and your plans for the piece of work, as well as the stage you feel it’s at. After all, feeding back on a story in its first draft or early stages of development is not the same as feeding back on a highly polished piece.

With nearly a decade of experience writing reader’s feedback reports in both fiction and screenwriting, I’ve helped writers whose work then went on to be accepted and published. I mainly focus on short fiction, but have also produced reports for would-be novelists, mainly looking at first three chapters ahead of sending out to agents.

Check out the sample of one of my short fiction reports below, to see if my service would be right for you.

Previous comments about my Reader’s Reports

Thanks so much for your excellent feedback on my story. I’ve incorporated loads of your suggestions and the story has been strengthened by about 2,000%!

Exactly the level I was looking for, thank you.

Very thorough. And pretty much the exact feedback I ended up getting from the agent I sent this to!

Thank you, thank you. So thorough and so insightful …wonderfully analytical and succint.

Take a look at my SERVICES page for more details or contact me now direct at feedbackforwriters@gmail.com to discuss your requirements.