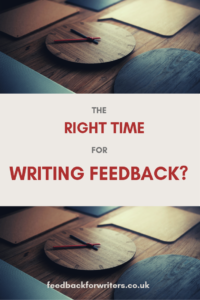 Something that can be hard to remember, especially when we are busy comparing ourselves with others, competing, wondering why we are not Hemingway or whoever, is that NOT EVERY WRITER IS THE SAME.

We don’t all work in the same ways. We don’t all write the same things. We don’t all use an identical writing process in order to get our best work out. Not every trick or method that works for us will work for everyone else, and vice versa. Nor does it have to.

Not a revelation, huh? Well, you’d think  (and btw, if you don’t believe me, check out the Paris Review for hundreds of interviews with famous authors where you can see the vast array of approaches to the writing life and getting work done. Or not).

I’ve been quite surprised at times, to find a certain rigidity in approach, especially on advanced writing courses or in online advice, which can give the impression that there is only One True Way of Working for writers serious about their craft . This in turn leads to unrealistic expectations, can sometimes seem artificial, and can push writers into methodologies that simply aren’t the right fit for them. Planners get forced into pantsing and end up staring at blank pages. Pantsers feel constrained and frustrated by the rigidities of planning. Deadline-lovers find time-based targets keep them going; task-focused writers hate that and prefer to go for next-step-completion in their project as a goal.

And the question of when in our writing process we find it best to show our work to others and get feedback is one of the differences I see between the many writers I know.

A Look At The Different Approaches

Some people find it most helpful  to get feedback during the drafting of the work, particularly when working on big projects like novels. This, they feel, ensures they are taking their work in the right direction and are not sending themselves off on wild goose chases that they’ll have to clear up later.

Others – myself included – prefer to share their work only after they have got as far as they can possibly get with drafting by themselves. I personally hate sharing very early drafts, and not without reason – but a lot of this has to do with how I work and what does and doesn’t get the best results for me.

So here are some of the pointers about both approaches. Neither is right or wrong as such but are just different ways of working.

It helps to be confident and fairly thick-skinned for this – after all, the looser your draft is, the more is likely to be wrong with it, so the more “development areas” you are likely to hear about. You may be happy with that, you may be a bit more sensitive to criticism. If that’s the case, you need to think if this would be the right approach for you.

It can also depend on your reader or group. Some readers are very open to both approaches, with an awareness that feedback style might need to be tailored to the situation; others – college workshops, for example – can be more absolute, feeding back on everything in the same way, regardless of where the draft or writer is at.

The rougher the work, the more the focus is  likely to be on the potential, rather than perfection of execution; although it does depend on how solid the writer’s early drafting is. Some writers, as I say, produce great-quality drafts on the first or second pass, so it probably isn’t going to be a problem for them.

I’d suggest being VERY clear with your reader or readers before you let them read about where you are at, and what in particular you’d like them to look at if you’re sharing in the early stages. Someone nit-picking your punctuation when you really need to know if your overall story or a particular character is working is not especially useful . For some writers, this sort of thing too early can kill a draft completely

Early Stage/Mid-Draft Feedback can be useful for:

NB one thing to bear in mind about “potential”  though. It is never your readers’ (or tutor’s or group’s or friend’s) job to decide on or write your final story for you! If the key story elements aren’t in there, it’s going to be hard for people to work it out.

If the bare bones are really all you have, it might be worth waiting until the work is a little more developed.. Even so, the views of others and an understanding of overall impact if you’re completely stuck  in the woods can give perspective that is incredibly helpful.

I know several writers who rarely show their work at all, or at least do only with one or two very select people. Often just before the point of submission. Personally, I get that. I find it more helpful to get feedback only AFTER I know I’ve done everything I can possibly do with the draft. I rarely share initial drafts, given mine tend to be a) rough as hell and b) when I am still working out or vague about the story.

Partly, it’s because I prefer the discipline of stepping back and self-editing, which for me is an intrinsic part of the process. I don’t like feeling I’ve wasted people’s time and efforts telling me the stuff I could have already worked out by myself given a bit more time

Also I am a pretty slow writer – not in terms of getting words down, but I tend to do at least two Zero drafts to get to one that I consider readable by the outside world – my “proper” first draft. Whereas some writers can knock out a decent, readable first draft in a matter of days or even hours.

Probably most crucially, I prefer later-stage feedback because it seems to show me any real blind spots I have. And we do all have them – we tend to pick up on different things. Sometimes this can be scales-from-the-eyes stuff that I’d never spot, no matter how adept I was at self-editing.

Late-Stage Feedback Can Be Useful For:

It’s worth experimenting, of course, to see which approach works best for you and for which types of project.

So – which methods and processes work the best for you?

If you are thinking about getting feedback on your work, check out my 5 Ways To Get Feedback On Your Writing post  on the different sources of feedback and where you might find them.